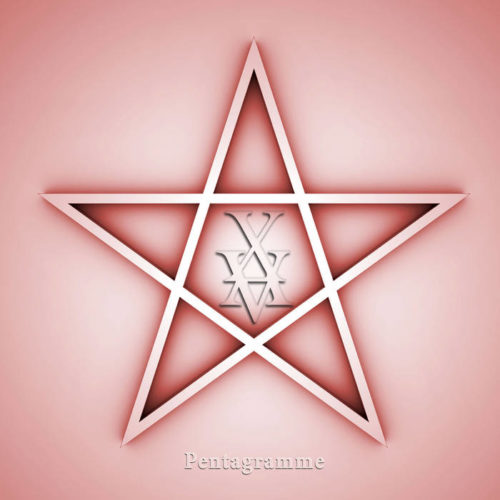 The Pentagram is the symbol of the five main principles: Love, Wisdom, Truth, Justice and Virtue. These are the five qualities that man has to ripen in him to become a perfect being.
The Pentagram harmonizes reason and the heart of man …

The Pentagram expresses the domination of spirit over the elements, and it is by this sign that connects the demons of the air, the spirits of fire, water specters and ghosts of earth .. .

Symbol of the sacred feminine, the pentagram represents Venus, the goddess of love.